Farneto area, with an ancient church dedicated to S. Lorenzo, is known above all for the Farneto Cave, which was discovered in 1871 by Francesco Orsoni, who carried out the first important archaeological surveys. In the 1960s, Luigi Fantini found some burials dating back to the Copper Age (the finds are on display in the Archaeological Museum of Bologna). Damaged by the quarries, the whole outcrop and the cave have been inaccessible for years because of a landslide blocking the entrance, until the implemented recovery measures have finally enabled its rehabilitation and opening to the public in 2008. 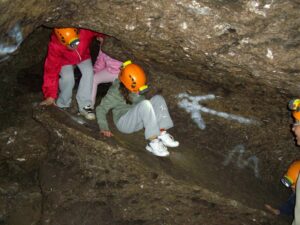