The Park extends itself on the first hill slopes in the south-eastern area of Bologna, among the streams Savena, Zena, Idice, and Quaderna, and it consists of a complex territory in which the spectacular gypsum outcrops and the characteristic gullies of Abbadessa Pass are the most interesting features.
The roads and the paths going through this protected area give the visitor the opportunity to see sceneries of unexpected beauty: bare rocky cliffs leaning out big basins similar to natural amphitheaters, apparently inaccessible places concealing caves’ entrances, harsh gully slopes alternating with gentle clayey slopes.
From the highest points, you can have a view of the main valleys softening into the great plain, and when the sky is clear you can have an almost unreal view of the Alps. In the areas of the gypsum outcrops, the rock with its crystal structure and pearly brightness is also called selenite (moon rock).

Because of the karstic nature of the gypsum, this area is characterized by dolines, closed valleys, swallow holes, erosions, and the entrances of more than 100 caves are concealed here, among which those of Farneto and of the Spipola.
The natural cavities of the Park are populated by a hypogeal fauna of great scientific interest: some species of chiropters and a number of invertebrates have evolved and have adapted to the life in the dark. The gypsums are crossed by complex systems of subterranean waters, the most significant example of which can be found at the Croara. In the closed valley of the Acquafredda, the homonymous river sinks, and it reappears after almost three km in a resurgence along the Savena. Gentle sown slopes frame harsh places in which an almost untouched nature has been preserved. The gypsum outcrops between Zena and Idice are particularly wild and suggestive with their big dolines of lnferno and Goibola, and with the beautiful valley of Ronzano, closed by imposing selenitic cliffs. The rocky cliffs are covered by a reduced and discontinuous vegetation made by small plants which adapted to the life on the rocks, and which in summer spread an intense perfume. In some areas the vegetation becomes rich in thick woods, shrubs, and hedges melting with the outcrops and delimiting the cultivated areas.

Besides the number of evidences demonstrating the natural history of the area, there are the signs left by man whose presence in these hills dates back to prehistoric times. Many of the medieval villages built in the past around the parish churches have disappeared, such as Montecalvo and Pizzocalvo, while of the ancient castles only ruins remain in Castel de’ Britti and S. Pietro di Ozzano. The traces of important ancient monasteries have been lost; however, some isolated churches or small oratories like the one of Madonna dei Boschi still survive in the country. Many noble families from Bologna built their villas here: among them, the most ancient is Villa Miserazzano, near the Croara. 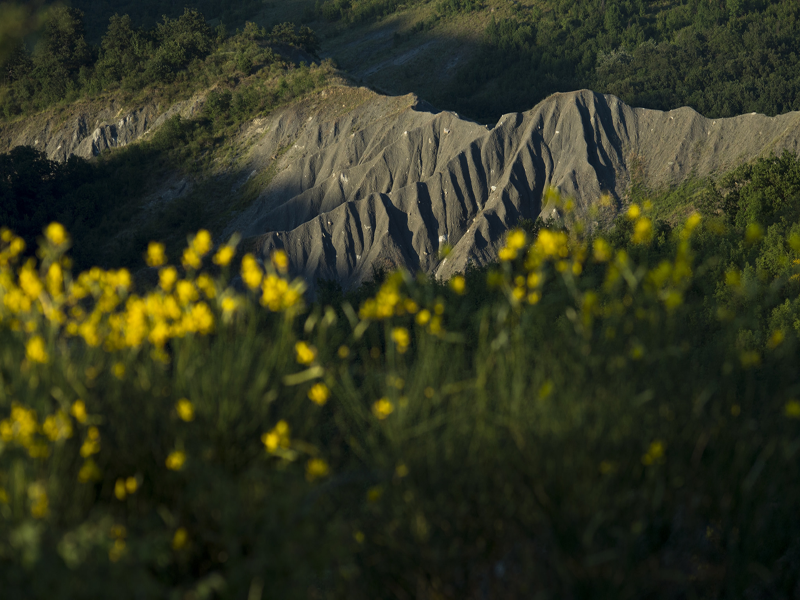 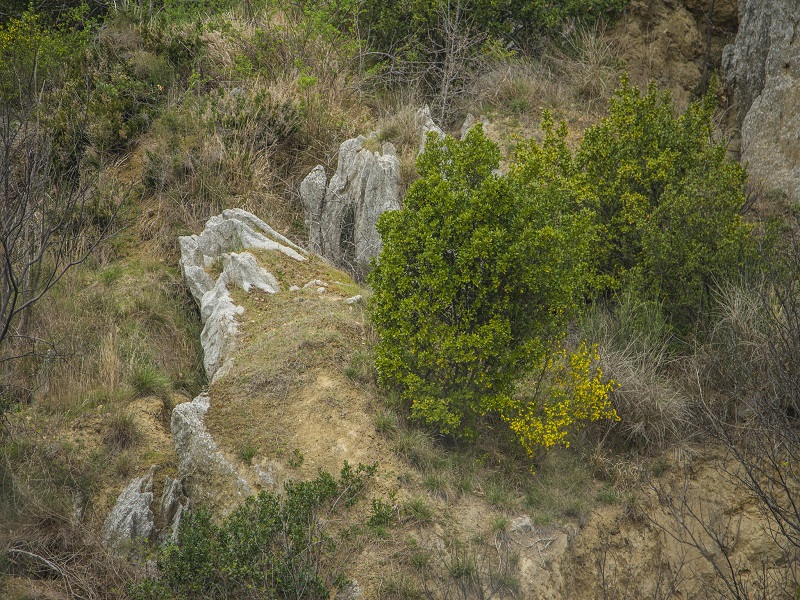 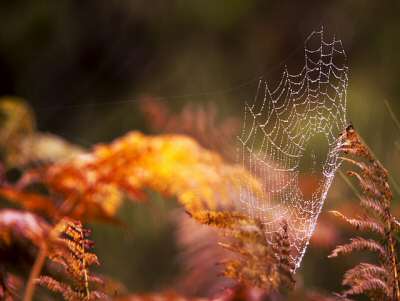 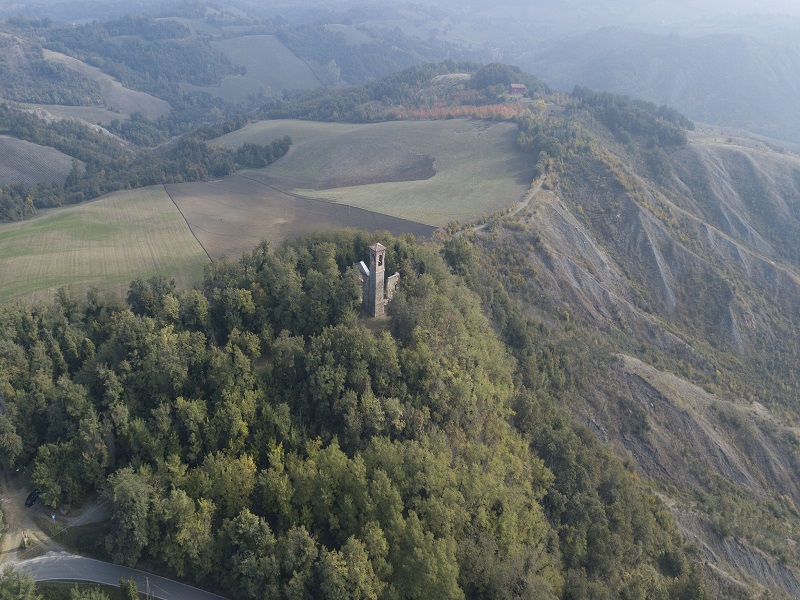